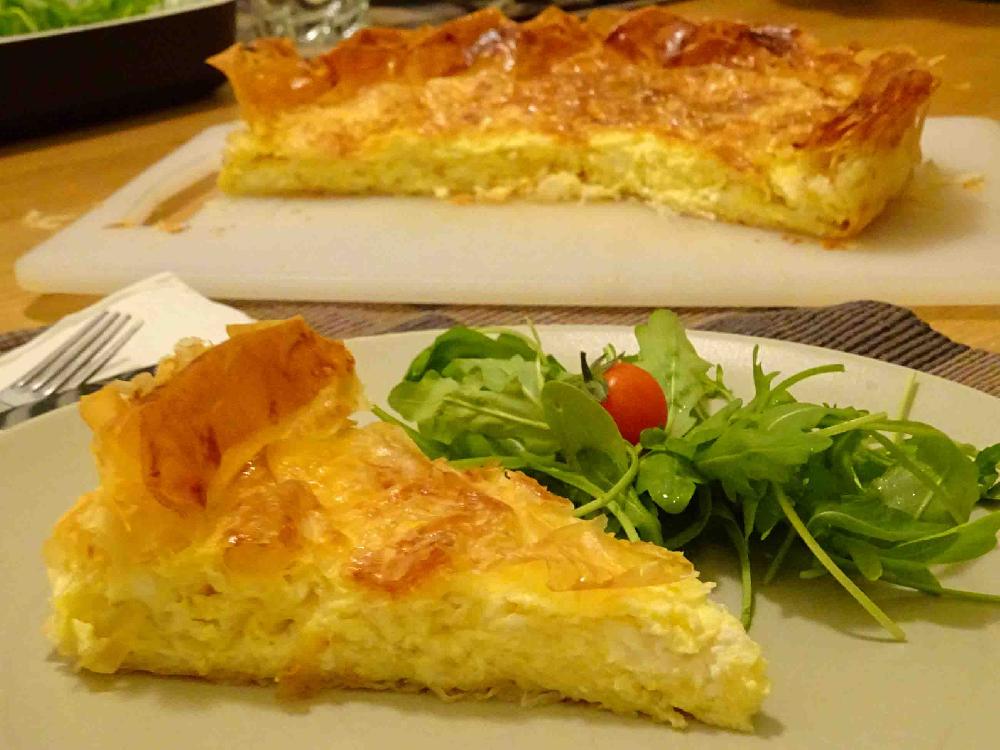 5
3 Reviews.
Time: 00 min
Prep: 20 min
Cook: 40 min
Price:
Diff.:
This is a traditional Serbian pie with filo dough and cheese. You can eat the dish as a starter, main dish or a dessert. Whether you serve it as a everyday dinner or a festive occasion the pie have a crusty surface and a soft cheesy interior. The pie can be eaten hot or cold depending how you prefer it.

Update servings
Convert to US Units
Convert to Fahrenheit
Ingredient List for 6 servings:

Preheat the oven at 200 degrees Celsius.

Cut the feta cheese, and then mash it with a fork.

Add the cottage cheese with the feta cheese, and stir.

In a big bowl whip the four eggs and the sour cream.

Pour the egg and sour cream mixture in the cheese mixture, add one fourth of a teaspoon of salt, and stir together.

Brush a baking form with some oil. Put two layers of Filo dough in the form.

Brush the dough with some oil and sprinkle a few drops of sparkling water and some salt on the dough.

Add some of the filling mixture on the dough.

Continue the procedure with the dough and filling, until you only have two dough rolls left as the top layer.

Whip the egg yellow with a few drops of sparkling water and brush it on the top layer of the pie.

Place the pie in the lower part of the oven for thirty minutes. Then lower the temperature to 180 degrees Celsius and take out the pie after ten minutes.

If you like the pie warm serve it directly, otherwise let it cool down first.
A selection of recipes from the same country.
This recipe is from Serbia 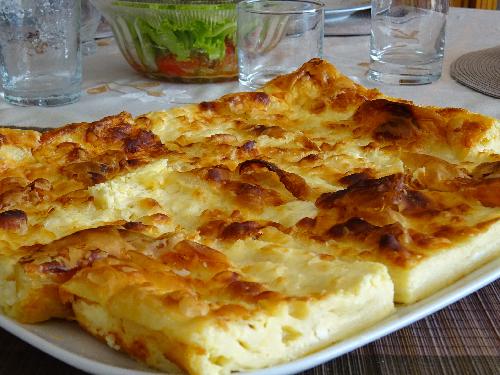 Serbian cheese pie - Gibanica
This is a homemade Serbian cheese pie called Gibanica made with a crispy crust of filo dough. It is filled with different kind of cheese. The pie can be served cold or warm, as a starter or a main dish, the choice is yours. 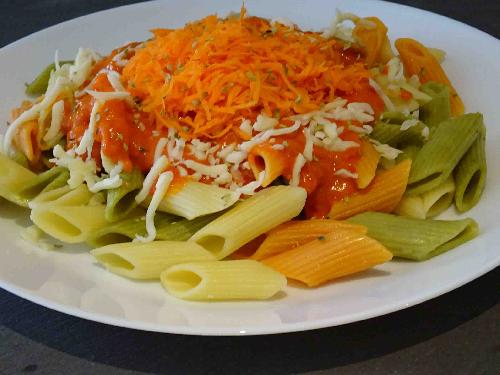 Pasta with ajvar relish and carrot sauce
A vegetarian dish with ajvar relish sauce. This sauce is made of red pepper and egg plant and can be both mild or strong in taste. It is fast to prepare, and to spice up the recipe you can use some vegetarian minced meat made out of soy.