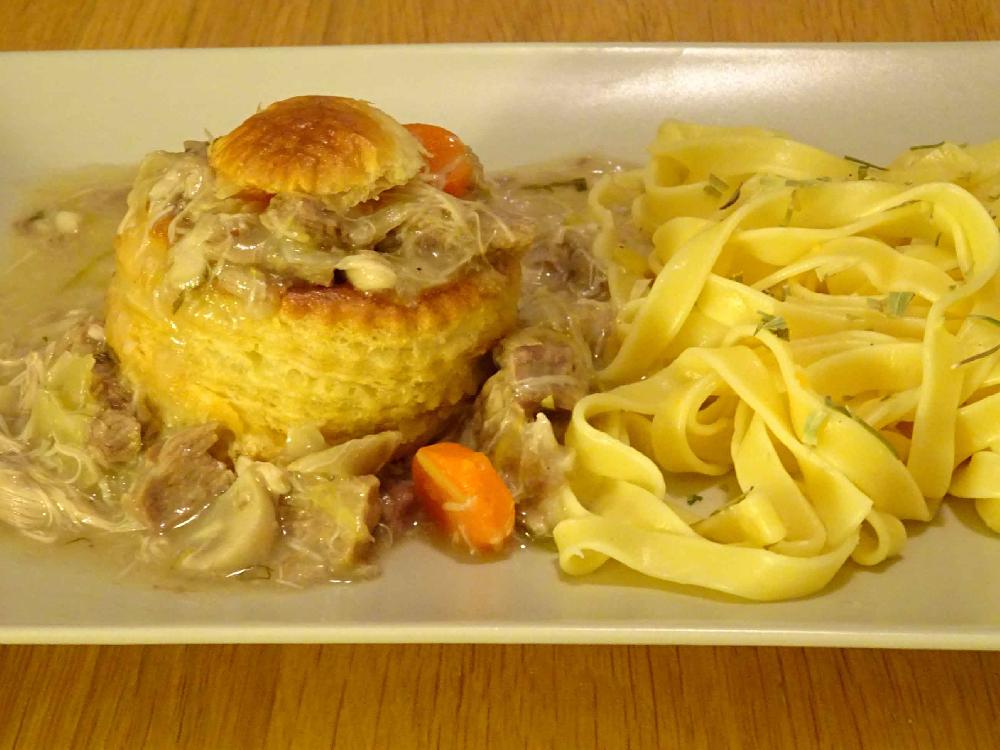 4.4
5 Reviews.
Time: 00 min
Prep: 30 min
Cook: 1 hour 30 min
Price:
Diff.:
Bouchées à la Reine, one of the traditional French dishes are made with crispy puff pastry shells containing a creamy sauce with veal and chicken and several vegetables. This dish is perfect in the autumn or for the end year celebrations. The combination of cooked puff pastry and the sauce will be a favorite for all gourmets. This recipe is made of a lighter sauce than most common ones.

Update servings
Convert to US Units
Convert to Fahrenheit
Ingredient List for 4 servings:

Pour the margarine and the flour in a casserole and stir while cooking it slowly on low heat for approx five minutes.

Place the sauce in a form to make ice cubes in, and place it in the freezer.

Take away the skin from the chicken thighs, cut away the chicken meat from the bones. Cut the veal in small pieces. Place the chicken, veal and chicken skin in a casserole.

Peel and cut the carrots, garlic and onion in small pieces, and place it in the casserole.

Cut the parsley, the mushrooms and leek in small pieces, and pour it in the casserole.

Pour nutmeg, salt, pepper, and clove spices in the casserole, and stir it all together. Let it boil on low heat for one hour.

Start the oven at electrical heat at 200 degrees Celsius.

Roll out the puff pastry roll and let it rest ten minutes.

Cut out four circles per bouchée. On two circles cut out the middle so you have thin circles, they will be the middle part of the cylinder.

Place one of the big circle as a bottom, the two thin ones on top of the bottom, and at last place the second big circles as a hat. Repeat the same procedure with the rest of the bouchées.

Brush the bouchées with the egg yellow.

Place the bouchées in the middle of the oven until they become golden brown on the surface.

Cook rice or pasta according to the instructions on the box.

In the meanwhile remove the meat from the casserole to a bowl, and do the same with the vegetables.

Cut the meat in smaller pieces if you like to, and do the same with the carrots.

Add the meat, the chicken and the mushrooms back in the casserole, and cook for another fifteen minutes.

Pour in the carrots, leek, white wine, and the cream in the casserole, and cook another five minutes.

Take out the bouchées from the oven.

Cut away the top from each bouchées.

Place the bouchées on plates and pour sauce in them. add the pasta or rice on the side and pour some more sauce on the plate. Place back the hat on each bouchée before serving it.
A selection of recipes from the same country.
This recipe is from France 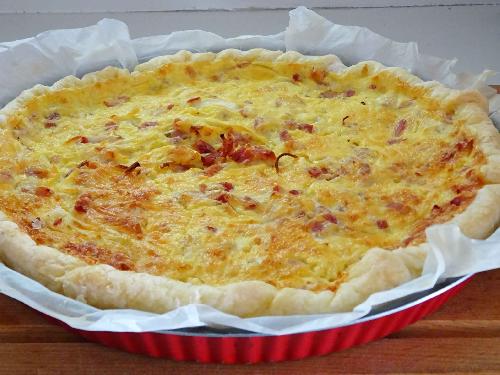 Quiche Lorraine
This homemade classical quiche comes from the French region Lorraine. The pie is easy and simply filled with smoked bacon, it is an open faced pie (as opposed to the typical English closed pies). A green crispy salad fits to it. You can serve it as a lighter dinner or for lunch and it is better served warm. 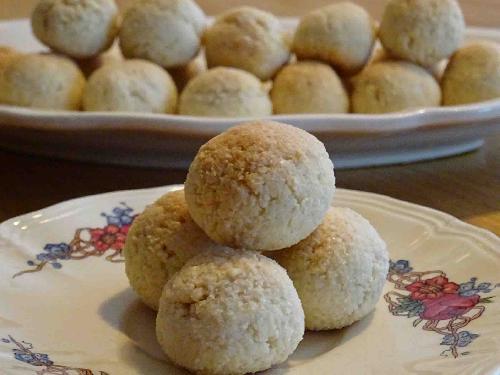 Bredele Vanilla Snowballs
These bredele resemble snowballs both in the appearance and color. These cookies are dry and crumbly with a taste of vanilla. To make the cookies even more tasteful you can use real vanilla. You can keep the dough in the freezer up to two month, this way you can make them again. 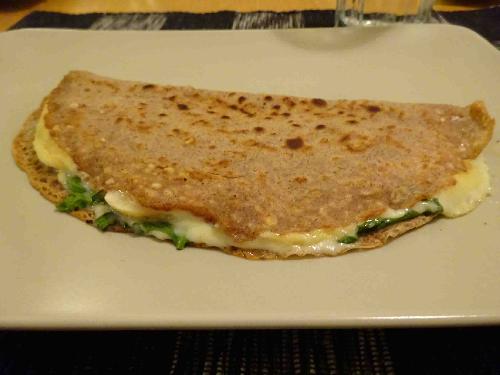 Crepes Brittany style (Galettes bretonnes complètes)
Wheat flour crêpes in lower Brittany or buckwheat galettes in upper Brittany are eaten with eggs, ham, sausage or cheese... or simply what you prefer. It is usual to drink a typical cider from Brittany to the crepes.
MyCookingPlace.com, your favorite place to share your homemade recipes, and find inspiration for easy and homemade recipes from around the world.

Here some ideas of frog hamburger, snake shaped baguette, monster sandwiches, and much more.
View Recipes
Convert your values here !
F° | C°
Gr | Oz
Cup | Ml
Fahrenheit
Celsius
Gram
Ounce
Cup
Milliliter
Translate
Translation
Below you can chose which language you would like to have the page translated to,