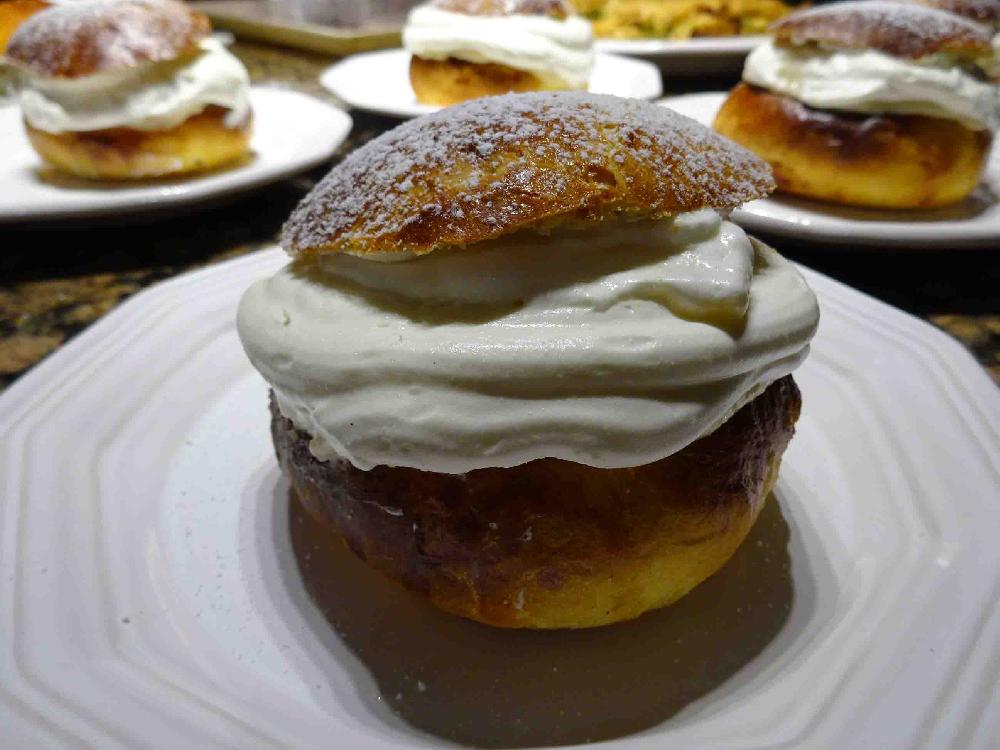 4.4
7 Reviews.
Time: 40 min
Prep: 2 hours 30 min
Cook: 10 min
Price:
Diff.:
This is a cardamom bun dessert with almond paste and whip cream. It is a tradition to serve this in the Scandinavian countries on a Tuesday approximately 6 weeks before eastern. Be careful it is not light... but good.

Crumble the yeast in a bowl.

Melt the margarine in a casserole.

Pour the milk in the melted margarine and heat it up to 37 degrees Celsius.

Add the milk and margarine liquid on the yeast, and stir gently until the yeast is resolved.

Add 1 egg, the sugar, cardamom powder, salt and almost all the flour in the bowl, and work the dough until it let go from the edges of the bowl.

Cover the bowl with a towel and put the bowl in the oven without heat on for approx one hour.

Take out the bowl and add the rest of the flour in the dough, work it for a minute.

Put the buns on a baking paper on a oven plate. Cover them with a towel.

Take out the oven plate with the buns, and start the oven at 220 degrees Celsius.

Stir 1 egg in a bowl, and brush the buns with it.

Put the buns in the middle of the oven for ten minutes.

Take out the buns and let them cool down.

Cut off the top of the buns, make sure the top is rather thin.

Scrape out the top layer of the bottom part of the bread, and put the filling in a bowl.

Grate the almond paste, and mix it with a fork together with the bread filling and the milk.

Dived the almond mix on the 10 buns bottom part.

Put the cream in a piping bag and put it make circles on top of the almond paste of all ten buns.

Put the buns in the fridge for two hours.

Before serving the buns sprinkle some icing sugar on top of the buns.

A selection of recipes from the same country.
This recipe is from Finland 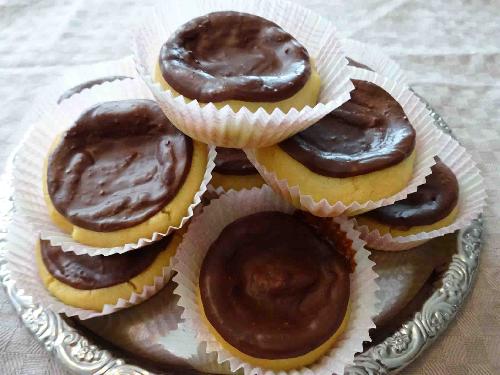 Soft cookies with toffee and black chocolate
If you are having a birthday party for your child or if you are in a mood for something sweet, then these soft cookies are perfect for the occasions. A perfect combination of soft cookie together with soft toffee and chocolate. 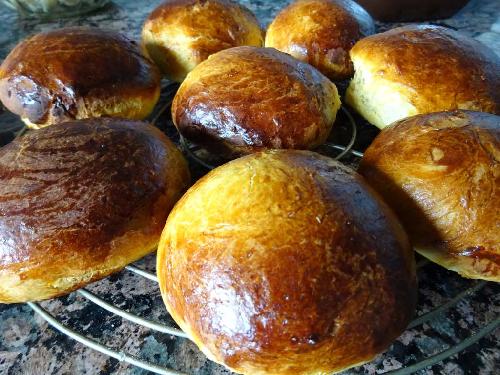 Cardamom buns
These buns are a simple coffee breads with no filling. Cardamom spice is common in Nordic countires in Eurpoe in bread, cookies, biscuits and buns. These Cardamom buns are to be eaten as they are along with coffee or tea. These buns are not good to eat for breakfast, unless you are fond of sweet bread in the morning.
MyCookingPlace.com, your favorite place to share your homemade recipes, and find inspiration for easy and homemade recipes from around the world.

View Recipes
Convert your values here !
F° | C°
Gr | Oz
Cup | Ml
Fahrenheit
Celsius
Gram
Ounce
Cup
Milliliter
Translate
Translation
Below you can chose which language you would like to have the page translated to,