Update servings
Convert to US Units
Convert to Fahrenheit
Ingredient List for 6 servings:

Rinse the ham in under cold water.

Put the ham with in a large casserole.

Insert a meat thermometer in the middle of the ham. Pour over the water so it barely cover the ham.

When the water is boiling lower the heat.

Add in the allspices and bay leaves in the casserole.

Let the ham boil in water until the thermometer shows 70-72 degree Celsius. It takes approx. 40-60 minutes per kg ham.

Remove the ham from the casserole.

Preheat the oven to 250 degree Celsius.

Mix the mustard, syrup, potato flour, and egg yellows in a bowl.

Cut away the rind of the ham and then dry the ham with a towel.

Place the ham in a oven form.

Spread the mixture on top of the ham, and then sprinkle the breadcrumbs on the ham.

Put the ham in the middle of the oven for approx 10-15 minutes.

Take out the ham from the oven and let it cool down.

Before serving cut the ham in thin slices.
A selection of recipes from the same country.
This recipe is from Sweden 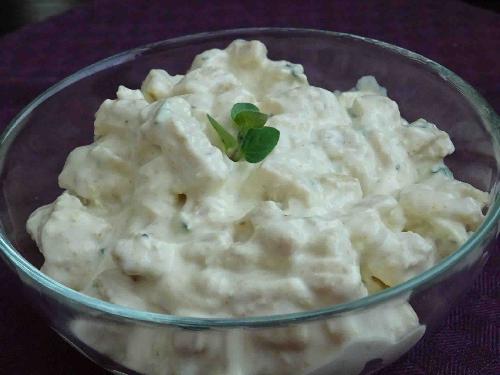 Cold chicken sauce
This is a homemade cold chicken sauce is wonderfully creamy. It is perfect together with baked potatoes, cold salads, or as a filling in a baguette or a in a wrap. You prepare it in a few minutes, and if you don´t like curry it is possible to change to paprika powder instead. 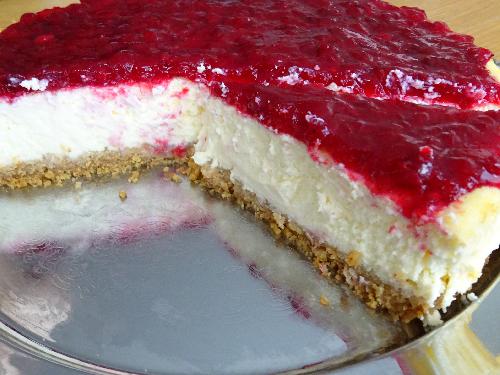 Swedish lingonberry cheesecake
Everyone knows that Swedes are crazy about their lingonberries and serve it to all kinds of food. This cheesecake recipe with lingonberries proves that you can have a dinner with lingonberries as a theme ! The autumn is the season for these berries. If you don't want to go out in the forest to pick them yourself you will find fresh ones in the shops during this period of the year, or frozen ones all year around. 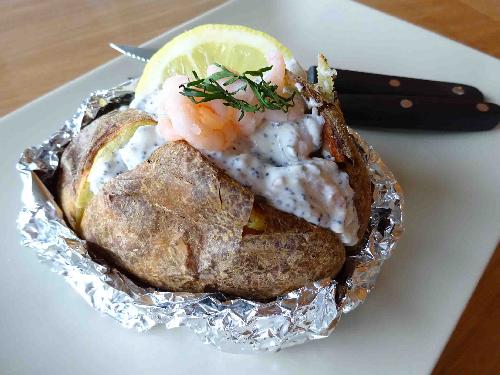 Baked potato and shrimp sauce
The baked potatoes have a soft inside with a crispy skin on the outside. There are two ways of cooking a baked potato either as it is or with aluminum around them in the oven. In this recipe we chosen to enhance the flavor with a typical Swedish shrimp sauce.
MyCookingPlace.com, your favorite place to share your homemade recipes, and find inspiration for easy and homemade recipes from around the world.